When your kids learn to drive 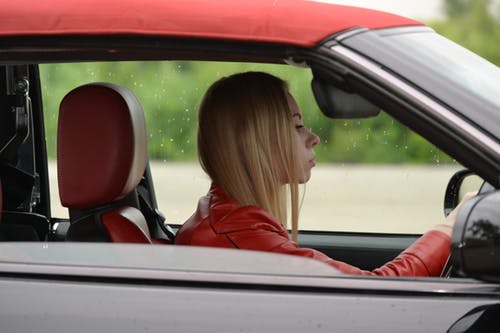 The unforeseen circumstances when your kids learn to drive

Today my daughter passed her driving test. What a relief. The last few weeks my daughter has gone from being nought to ninety in emotional maintenance.

Generally Daughter 2 is very easy going and laid back, so it always comes as a bit of shock when she moves into top gear. The pattern for her nerves were set after she failed her theory test a couple of times.

First there is the theory test

For those of you who may not know, the theory test has now become a bit more of a challenge to pass and includes several elements apart from the Highway Code. All of which you have to pass at the same time.

Unfortunately she managed to pass each test, but not at the same time, at £21.50 a time it made each examination not just frustrating but very expensive.

The thing which is scary about Daughter 2’s behaviour is I can see so much of myself in her. Because sadly when something really gets to me, I know I become incredibly high maintenance and needy too. So having some empathy of what Daughter 2 is going through, I have tried to offer as much unconditional support as possible.

As a result I have made sure I was available to drive her down to the theory test centre, walk her to the building, see her in the door – all whilst giving her positive visualisation techniques to practice!

It reminded me of her first day at school, but I seem to remember that she didn’t even give me a backward glance then.

On each occasion, once I had “dropped her off”, (for the test that is), I then wandered along to my favourite coffee shop and passed the time sipping a latte. I still wonder what the staff must have though when twice within a month my daughter arrived at the door of the coffee shop in floods of tears.

Sympathetic drinks were delivered to our table in hushed and appropriately sombre tones and I could see the staff whispering, trying to work out what on earth was going on. I should have put them out of their misery really and explain it was nothing life threatening . Daughter 2 had just failed her theory test.

Success with the theory tests

Finally and thankfully for both my family and the coffee shop staff, Daughter 2 eventually managed to pass both theory tests at the same time. But now we had to move on the practical test.

I hate to say it but I was filled with dread. I failed my test driving multiple times mainly because my nerves got the better of me. The date was booked and I was informed that under no circumstances was I to pass this highly confidential information on to anybody else in the family.

In the background of course there is latent competition going on amongst her friends who are also learning to drive, all adding to this unhealthy pressure. As the date drew nearer I was also dispatched to the shops to get in a supply of Calms and Rescue Remedy.

And then the actual driving test

The day came, the cleverly contrived story why Daughter 2 was not going into school first thing seemed to pass unquestioned. And then at 9am she disappeared off for a driving lesson which would be followed by her test.

I calculated that the 40 minute test would be over by 11:30 am which meant if I had not heard anything shortly after this, then the likelihood was she had failed. When no phone call materialised I found myself looking out of the window in readiness for her arrival home.

Maybe she was waiting to tell me the good news (I found myself feebly hoping). When I saw Daughter 2 get out of the car – there was no doubt in my mind that she had failed …… she fell through the door sobbing.

I must admit I felt sorry for the driving instructor, who later told me she was relieved that someone was at home when they arrived back.

I had never realised what an emotionally stressful job teaching people to drive must be – not to mention the additional counselling skills which are required!

Anyway after a weekend of Daughter 2 feeling cross and upset she was just about back on course for test number two. Three weeks later there was a repeat of the whole drama. I was instructed to buy further supplies of Calms and Rescue Remedy.

Although I knew she was taking her test I was not allowed to communicate I knew, or even say good luck as she disappeared off in the morning. Once again I calculated the time she would call me – if she did manage to pass. I could not concentrate on anything all morning.

It was great relief to hear later that morning the news I had been praying to hear she had actually passed her driving test. The driving instructor was also highly relieved, while  Daughter 2 , as you would expect was like the cat who had got a crateful of cream.

So all’s well that ends well. Mmmm Not quite… I am of course pleased – but if I am really honest also a bit worried.  Now she is a young and inexperienced driver.  Weirdly there seems to have been a transference of stress and worry.

Instead of my daughter worrying about passing her test I am now worrying because she has passed her test!!

Life was so much simpler when she was little and was only allowed to play in the garden!

So there you have it – the unforeseen circumstances you are likely to encounter when your kids learn to drive.

Many years on from taking her driving test I am still worrying about her – but that I think is part of the territory of being a mum.