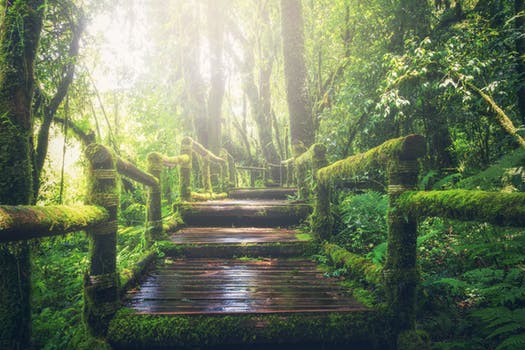 Bring literature to life for all the family

A day out visiting  Winnie the Pooh country, Peter Rabbit or where Dickens based his novels may  encourage your kids to read some classic novels and develop their love for reading.

If you are still stuck for days out and destinations around England then do take a look at the following  travel guide. It is over 10,000 words and packed with practical tips and advice. You can find it here.

Inspirational settings behind some of the country’s best loved literature

Kent is where Dickens spent much of his childhood and where he lived out the final 13 years of his life. It’s where stories like Great Expectations and Pickwick Papers come alive, with many of the original settings surviving into the 21st century. For people in search of a Dickens experience, Kent is a place of tours and trails and of big vistas and little alleyways that inspired some of the world`s most enduring stories.

Shakespeare Country has a wealth of things to see and do for all ages. Enjoy family attractions that all ages will love, visit stunning gardens, explore the history of its famous castles at Warwick and Kenilworth and historic houses and take in some heritage and culture. Shop ‘til you drop in quality independent shops and high street names before re-charging your batteries at the many cafes, tearooms, pubs and restaurants. As the sun sets there is plenty to keep you entertained including theatre, evening banquets, cinema and live entertainment.

A windswept land of heather and wild moors, it is hardly surprising that this region became the inspiration for the classic works of the Bronte sisters, Charlotte, Emily and Anne. Geographically, Bronte Country consists of the Pennine hills of West Yorkshire, as well as Kirklees and Calderdale. Unlike the postural limestone valleys of the Yorkshire Dales which begin further to the north, the geology in Bronte Country is predominantly of Millstone Grit, a dark sandstone which lends the crags and scenery here an air of bleakness and desolation. Small wonder then, that this landscape fuelled the imagination of the Bronte sisters in writing their classic novels – including ‘Wuthering Heights’ (which was reputedly inspired by the isolated moorland farmstead of Top Withens) and ‘Jane Eyre’.

Ever since actor David Suchet tweeted that ITV would be filming the last five of Agatha Christie’s Poirot books in 2012, speculation has been growing about whether the English Riviera would be playing a starring role. This final outing for Christie’s dapper Belgian detective includes Dead Man’s Folly, based on Christie’s own home Greenway at Galmpton, near Brixham. Greenway was her family’s holiday home from the late 1930s until it was gifted to the National Trust in 2000. Greenway’s boat house is where the first victim is discovered, though in the book Greenway becomes Nasse House. The ferry landing, where the second body is found, is where the Greenway Ferry now drops off fans of ‘The Queen of Crime’ to visit the house which is open to the public. The other novels scheduled for filming are: Labours of Hercules; The Big Four; Elephants Can Remember and Poirot’s final case Curtain.

If you’ve ever lost yourself in the adventures of Emma Woodhouse and Harriet Smith or lusted after Mr Darcy as he emerges sopping wet from that lake, you might well appreciate getting better acquainted with their creator, Jane Austen. There’s no better place to get an insight into the great author than in Bath, where she lived between 1801 and 1806. The city’s perfectly preserved Georgian architecture remains unchanged from the streets depicted in Northanger Abbey and Persuasion. Head to The Jane Austen Centre, located in a Georgian town house just a few doors down from where she once lived. Inside, an exhibition of costumes, manuscripts, and film clips brings the author’s world to life and explores the city’s influence on her work. And after you’ve celebrated the life and times of Bath’s most famous resident, it’s time to travel deeper into Regency times by heading up to the second floor and the Regency Tea Rooms. There, you’ll find fifteen varieties of loose leaf tea to sample – after which you’ll just have time to nip into the gift shop and pick up that ‘I Love Darcy’ T-shirt.

Poet John Keats lived in this house with his friend Charles Brown from 1818 to 1820, and this is the setting that inspired some of Keats’ most memorable poetry. Here, Keats wrote ‘Ode to a Nightingale’, while sitting under a plum tree in the garden; he fell in love with Fanny Brawne, the girl next door. It was from this house that he travelled to Rome, where he died of tuberculosis aged just 25. The Heath Branch Public Library occupies the space where various outhouses once stood. The library was opened on 16th July 1931, and displays some artefacts from the house, including the engagement ring Keats offered to Fanny Brawne and a copy of Keats’ death mask.

AA Milne was a humourist and playwright who is remembered for his children’s books featuring Winnie-the-Pooh in Ashdown Forest. When Milne was just eight years old his first article appeared in the school magazine, describing a walking tour of Sussex and Ashdown Forest. Ashdown Forest became the setting for Milne’s stories inspired by his son and his toy animals. In Ashdown Forest you can find the setting of many of Christopher Robin and friends’ adventures, including Roo’s sandpit and the North Pole. Owl’s tree in Hundred Acre Wood was really a beech tree in 500 Acre Wood Poohsticks Bridge was originally called Posingford Bridge and was built in 1907; it can be found in Posingford Wood near Upper Hartfield. Disney helped fund repairs to the bridge in 1999. A memorial to Milne and Shepard can be found near the ‘enchanted place’. To visit the places from the Pooh stories, download a map from the Ashdown Forest website or take a tour of Pooh Country.

Beatrix Potter is best known for her beautifully illustrated children’s books of Peter Rabbit, Jemima Puddle-Duck and friends. She spent many childhood holidays in the Lake District, an area that was a huge influence on her later writing. Squirrel Nutkin sailed on Derwentwater, while Hawkshead was the setting for The Tale of Johnny Townmouse. With the profits from her highly successful publications, Beatrix Potter bought Hill Top farm, as well as other hill farms and estates in the Lake District.

When she died in 1943 she left 14 farms, sheep and 4,000 acres of land to the National Trust. To follow in the real-life Potter’s footsteps, take a trip to Brockhole, The Lake District Visitor. This was the home of Beatrix’s cousin Edith who married merchant William Gaddum. According to letters, Beatrix Potter and her husband came to Brockhole for the Gaddums’ golden wedding anniversary celebrations in 1936.

The film “Miss Potter”, available on DVD, and starring Oscar winner Renée Zellweger and Ewan McGregor, has brought a surge of interest in the writer’s Lake District connections especially in the filming locations of Loughrigg Terrace and Loughrigg Tarn, Grasmere and Yew Tree Farm, Coniston.

With its imposing Abbey looming from the cliff tops, age-old cobbled streets, Dracula-inspired sights, sea mists drenched in folklore, and picturesque houses, the northeast fishing town of Whitby was the atmospheric inspiration for Bram Stoker’s Dracula. For a guided-tour with extra bite, join the Bram Stoker Dracula Experience and hear spooky stories about Whitby and Stoker trivia on this walk-through attraction.

Alternatively, you could load up on garlic at dinner and climb the 199 steps to St Mary’s Churchyard by moonlight. Dracula fans will love the Bram Stoker International Film Festival, held this year from 25th – 28th October 2012. This festival of scary flicks is held every year and has everything a gore enthusiast could want – including screenings of classic and new horror movies, Q&A sessions with directors and an awards ceremony (think the Oscars, but scarier). Climax to the four-day scare-fest’ is the Vampire’s Ball – an extravaganza that promises illusionists, magic and distinctly dark surprises.

The famed author of Alice’s Adventures in Wonderland, Lewis Carroll spent much of his life teaching Maths at Christ Church College in Oxford. Here he met the Dean of the College and his family. He built up great friendships with the Dean’s daughters and it was Alice Liddell, the younger daughter, who is said to be the inspiration behind his magical stories. Besides touring Christchurch College, visitors can see Alice’s Shop, where Alice Liddell, used to buy sweets. Additionally, the Museum of Oxford has some of Alice’s personal items on display alongside the first edition books and the original illustrations.

Meanwhile, the University Museum of Natural History is a monument to the natural world, and has stone statues of various animals and plants on display – these creatures inspired the author to include them in his famous stories, most notably the dodo. Carroll began to tell tales that we now recognise as Alice’s Adventures in Wonderland on boat and picnic trips on the River Isis with Alice and her family. 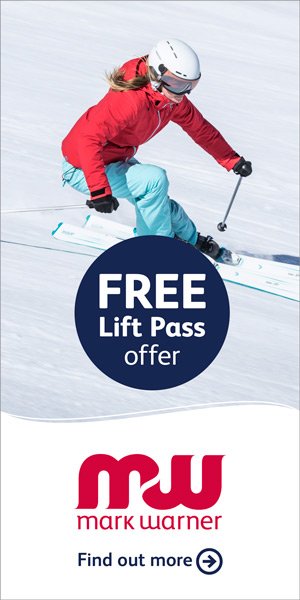