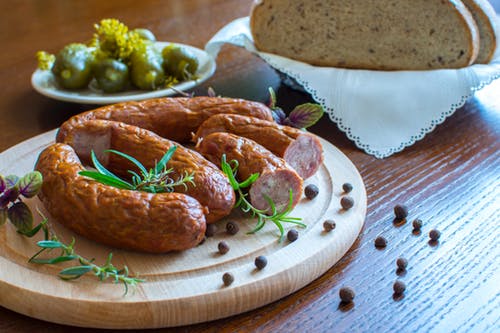 Looking for value for money – you might find the following interesting

As one of the nation’s favourite meals – 85% of Brits buy sausages on a monthly basis – it’s obvious that many consumers are being deceived.

After analysing 27 sausage brands, Money Guru calculated how many grams of pork you get per £1 spent.

The top 5 ‘value for money’ sausages are as follows:

And as for the brands that give you the least bang(ers) for your buck?

From a financial perspective, you get 40 sausages for £2.00 (from Iceland) whereas M&S charge you £2.10 for six sausages.

The supermarkets that are telling porkies

Their investigation also revealed that since 2018, several supermarkets have increased their sausage prices, whilst the pork content remained the same:

Uncover the full results of the sausage investigation: the true value of sausages