Home > Health & Wellbeing > How to stop getting stressed from being late

How to stop getting stressed from being late 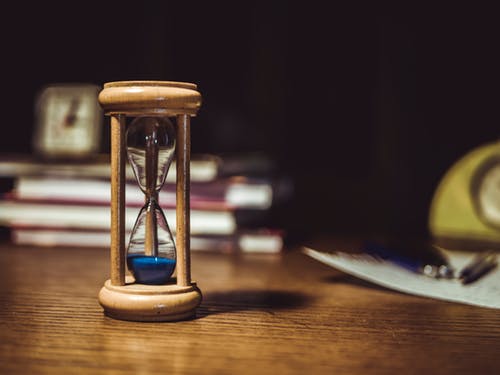 Most common reason mums get stressed

Running late is, or trying to get somewhere on time – slightly different but still in the same family of daily challenges in my opinion is one of the biggest forms of stress that mums encounter on a daily basis.

Trying to leave the house on time whether it is to get to work, get the children to school or to an activity on time can create an awful lot of unnecessary stress.

This bad feeling if it becomes hard wired into your family life can also start impacting on your family relationships.

I have worked with a number of mums who are stuck in this cycle of frustration in getting out of the house on time which then turns to irritability and anger at the offending culprits – followed by guilt at not being able to manage something which should be so simple.

When you get to the root of the issue the solutions are simple. However it may take a certain amount of practice and self discipline to change behaviour that creates stress and subsequently costs you more time to behaviour which doesn’t.

Why some people are always late

They don’t allow enough time – yes obvious I know.  But have you timed how long it takes you or your children to eat breakfast, clean their teeth, put their coats and shoes on, strap them into the car, drop them off at the childminder – and so on.

Most Mums haven’t – they just guess how long it should take, which is not the same thing at all.

Perhaps you are too optimistic about how much you can pack into a day?  Is that the reason you are running late? This is very common problem when people lead busy lives, they try to do too much in too little time. And then constantly end up chasing their tails and not allowing enough time to do anything properly, which then leads to another guilt attack.

Add 10% to the time you have scheduled

However long it takes on an average day you need to add 10% to the amount of time you have properly calculated, for the unexpected incidents which will arise, whether they are within your control or totally outside your control.

And if that means you need to reschedule stuff – because you haven’t allowed enough time reschedule it.  Quite often doing less is actually more enjoyable.

Do you plan ahead enough?  Planning ahead may seem like a time wasting exercise – but just try it. Ten minutes doing things in the evening may save you half an hour the following morning.

There are always going to be times when you are running late – that is the way life goes.  But by allowing realistic time frames for your day to day activities  will make for a far more relaxed family life – and sets a good example for your children too.