Sesame Street is back!

Sesame Street is back! Monday 7th November at 4pm only on Cartoonnito

Hands up if you remember Sesame Street from your childhood! 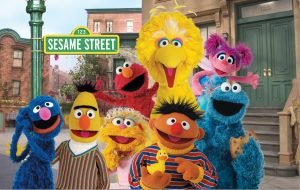 Sesame Street, the long-running, beloved, and multiple award-winning series returns to the UK in November on preschool channel Cartoonito.

The new series, which broadcasts daily from Monday 7 November at 4pm, helps kids grow smarter, stronger, and kinder through fun and familiar pre-school relevant themes – and makes learning more meaningful by helping kids focus their attention and engage with each storyline.

You can watch the new Sesame Street trailer here. And there are some exciting new changes to The Street including new show opening and closing songs, an updated set, a funny, fresh segment with Cookie Monster, and a new charismatic young cast member called Nina all contribute to a happy atmosphere of learning and fun. 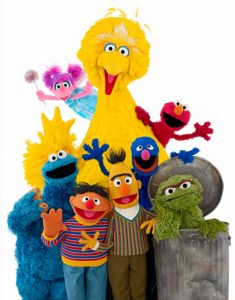 Why the name Sesame Street? After a long search for a catchy name, one of the show’s writers suggested “Sesame Street.” The word “sesame,” an allusion to the fabled command from The Arabian Nights, “Open, Sesame!,” suggested excitement and adventure. Since the show was set in an urban street scene, “Sesame Street” seemed an ideal combination