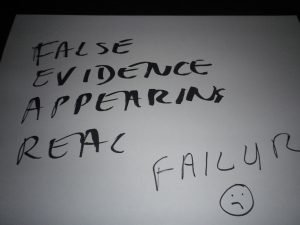 Why the fear of failurecan limit us

Fear of failure is a double-edged emotion if there is such a thing.  Fear real or imagined puts us into a flight or fight mode resulting in us functioning on adrenaline.

When fear sits alongside our concern that we might fail, it can act as a brake on our lives. It can prevent us from trying new things or stop us from doing things we want to do because we are scared and focus on the worst-case scenario.

Fear of failure and children

Children are faced with far more new things to learn and experience in early life than adults, from learning to talk, walk or read. In fact, life for most of us means tackling new things, so having the constant anxiety of a fear of failure can become very limiting.

Over time as children become older and more self-aware,  they often end up comparing and competing with others, instead of focusing on their own achievements they fret they may fail.

When children start to worry about failing, it is probably because they believe they are not as good at something as someone else.  And actually although that may well be the case that does not make anyone a failure.  It just means that this is something that is not one of their strengths. Or maybe their fear of failure is standing in the way of them achieving their best.

Their fear of failure is very much about their own false evidence and expectations of themselves and maybe others around them.   In the creed for life Desiderata there is a great line which states “If you compare yourself with others, you may become vain or bitter, for always there will be greater or lesser persons than yourself”.

Accepting these words is a very powerful way to deal with unhealthy competition and comparisons. The only person you need to compare or compete with really is yourself. Learn from others yes, compare and compete no.

Practice really does make perfect.  Many things start off being very difficult and generally become easier or more enjoyable as we become more accomplished.

This can include learning something new or a change of routine for example attending a new school or sitting exams.

It is also OK not to like things or situations – but avoiding things  because of the fear you might fail  is not a good way to live.  Failure is a big challenge for all of us throughout our lives.  However it is often the people with the most failures who become the most successful. They have learnt that if you persevere despite suffering multiple failures not only do you learn a lot on the way, more importantly you develop resilience.

Changing fear of failure into achievement

Fear of failure is all down to perception and how you frame the outcome.  If your child has a fear of failure try re-framing the situation.  Sit down and look at the things they have learned from the experience. What has it taught them about themselves? What could they have done differently?

Looking for the good things that have come out of a perceived failure is a good approach to have in life and long term will develop resilience. When Thomas Edison was asked how he felt at having had seven hundred unsuccessful attempts to invent the electric light bulb, he responded:

Rather than looking at life with the glass half-empty look at it as half full. For every  “failure” try focusing on something good that has happened as a result. Quite often when you look back on a  perceived failure – that failure has led to a different and better long-term outcome.

An excellent book to read – and get your children to read too – is the short and very readable book called Feel the Fear . . . and Do It Anyway bu Susan Jeffers

And remember if you believe you have “failed” at something, make a point of dealing with it in a positive way so your kids see that it really is not the end of the world.

Don’t reprimand or criticise yourself, don’t run away and retreat from the “failure”. Treat it as a learning experience that you share with your children.

By setting an example and showing them although at times you too have a fear of failure, whatever shape that may take, this is how you deal with it. That way you will all benefit by becoming more confident, resilient, and less anxious about what life may throw at you.