Home > Personal Growth > Mistakes – how we can learn from them

Mistakes – how we can learn from them

Making mistakes is a normal part of all our lives. Even for those of us who find it hard to admit we are wrong and have made a mistake or a bad decision.

One of the problems of making mistakes is it can end up sapping our confidence and leave us feeling that we are no good at something.

And when we feel that we have made a mistake, or failed at something, our brain zooms in on all the past challenges which we have not dealt with as well as we would have liked.

The reason is that it is easier to block out failures than revisit them. But to really learn from your mistakes you have to review them, however big or small they are, and work out how and why they came to happen.

So lets say you have messed up, how can you help yourself – or someone you know who has messed up and feeling very disheartened. (For example your children).

Try the following. Think of something where you think you have made a mistake.

This could be a situation, a personality trait, or a person that you are finding challenging. Or maybe it is something that you just find difficult to do.

Extract the good bits from the situation or event – and congratulate yourself.

Now consider the bad bits of the situation or event. Imagine you can wave a magic wand and will have resolved what has gone wrong.

Analysing the situation is the first step. But be careful that you don’t mix up analysing with dwelling on the mistake.

Analysing is an objective emotion – dwelling on something that isn’t good can be depressing.

So think about what exactly happened, what were the events that lead up to it. How did it leave you feeling?

When you have analysed the situation, consider what you could have done differently which would have avoided “the mistake”, or foreseen how Murphy’s law was going to kick in.

Now ask yourself what have you have learnt from the situation, and how you would avoid or manage a similar situation in the future.

If you follow the above steps then suddenly the mistake takes on a new form. It has given you the opportunity to learn and suddenly rather than dragging you down and sapping your confidence you will start to feel empowered.

Whether it is a cake that you have baked, or a situation which arises in a relationship which you feel you have managed badly, the steps are the same.

Remember mistakes are an opportunity to learn and generally when things do not go according to plan you learn a lot more.

And of course if you seem to be making a lot of mistakes early on in your life – then as long as you have learned from them you are less likely to make the same mistakes again. (A great lesson to impart to your children).

The thing is as long as we look back and see where we went wrong and resolve to really learn from our mistakes, making mistakes whether they are big or small can help us be happier and more confident so we will be better equipped to cope with whatever challenges come our way.

Generally we all learn more from making mistakes than getting things right first time. 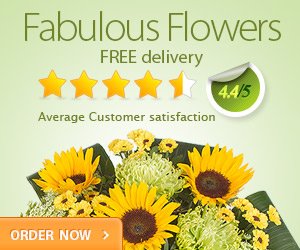