Home > Personal Growth > How to be more assertive

How to be more assertive 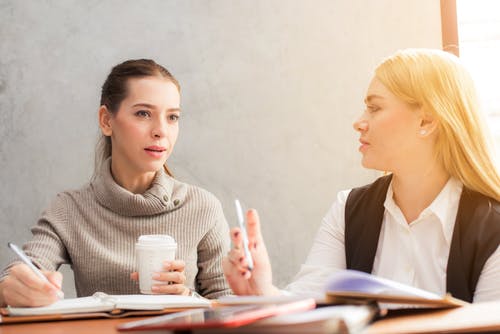 How to be more assertive

Having assertiveness skills can only be a good thing. The challenge is how to recognise whether you are actually being  assertive.

Well here is a really good tip to help you to understand when you are falling into the passive or aggressive trap and tread that difficult mid way course to being assertive.

So how do you define passive and aggressive behaviour

Have you ever been accused of being aggressive, because you have fought back when someone has criticised you? Or maybe you get irritated because you don’t like to confront situations, so you defer to being passive?

Aggressive behaviour can be intimating and seen as bullying while passive behaviour means you can be perceived to be a bit of a pushover, neither of which are good places to be.

Well none of us are perfect, we are human and we can only do our best.

How do you know whether you are being aggressive,passive or assertive?

Be hard on the issue and soft on the person.

Being assertive can be quite difficult to quantify – the above  statement puts it in a nutshell.

Just to explain in a little more detail, the alternatives to being hard on the issue and soft on the person are either:

Being hard on the issue and hard on the person – which is likely to be perceived as aggressive by the recipient.   Being seen to be aggressive can lead to bad feeling and does not necessarily lead to the issue being addressed.

The opposite of this is to be soft on the person and soft on the issue. And this likely to be perceived as passive by the recipient. Being passive may mean you are not listened to or taken seriously.

Jumping from one extreme to the other

So the next time you are feeling challenged, need to make a stand, a complaint or dish out a little discipline.  Remember.