Home > Home & Garden > Homeowners and the effect of clutter

Homeowners and the effect of clutter 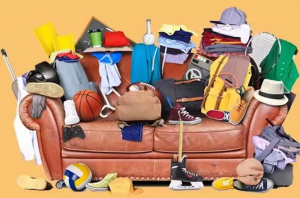 The effect of clutter

80% of homeowners are  affected by clutter … are you one of them?

A clean and tidy house is a happy house. A home that’s well-organised and de-cluttered improves our everyday mood and now it’s been proved by storage experts, LOVESPACE, who recently conducted their 2017 Clutter Survey featuring more than 4,000 respondents.

The purpose of the study was to delve a little deeper into people’s perception of clutter, the most commonly collected items and the psychological effects of living in untidy spaces.

The survey found that four-in-five respondents (80%) felt significantly happier living in a de-cluttered environment. The space issue appears to be more prevalent for families living in the capital, with Londoners craving space more than those based anywhere else in the UK. With more than eight million people living within the city’s boundaries, it’s no surprise that there’s a growing need for additional space to store their stuff.

Do you argue about the state of your home?

That need for more storage space appears to be a growing root of household arguments, according to this LOVESPACE survey, with over a third of respondents arguing weekly about the state of clutter in their respective family homes. Of the 80% of survey respondents who said that a thorough tidy up of their home improved their mood, it was the female of the species that were more likely to feel a sense of achievement and happiness than men. Equally, women are more inclined to be anxious about their home’s clutter, with almost two-thirds (61%) of women admitting they find it stressful.

What are the key clutter culprits?

The survey highlights the usual suspects such as stamps and newspapers, but there was also a string of rather bizarre responses – peaking at collections of toenails!

More than a third of people said they house books, CDs and vinyl records at home that they no longer use, as well as clothing. However, despite 95% of survey respondents admitting they store items they can’t bear to get rid of, less than a quarter (24%) believe they are genuine hoarders. Little do they know that a hoarder is someone that simply can’t get rid of something they no longer need or use – so we really are a nation of secret hoarders!

Clothing is also one of the biggest clutter culprits within family households, with two-thirds of respondents admitting that they’d worn less than half of the clothes stored in their wardrobe in the last two months.

The report also suggests that women are less likely to wear more of their wardrobe than men; as busy housewives and working mums it’s all too easy to put on tried and trusted outfits rather than delve deeper into our wardrobes to try on something new. While it’s admittedly hard to decide which clothes to store or throw away – largely due to the fact that so much tends to come back into fashion – streamlining those wardrobes would go a long way to de-cluttering our homes and improving our moods.

Ditch the clutter without having to throw your items out

Hopefully these findings have made you think more about the effect of clutter in your own home and provide some inspiration to start to declutter and improve your mood as a result. If you can resonate with the correlation of cluttered homes and family arguments, it might be time to do something about it and consider a storage solution that gives you all a little more everyday breathing space by storing your worldly possessions securely elsewhere – with the option of having them delivered back to you within a single working day! 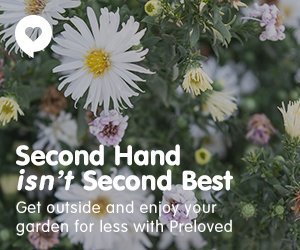 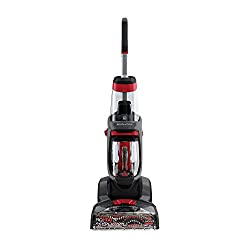